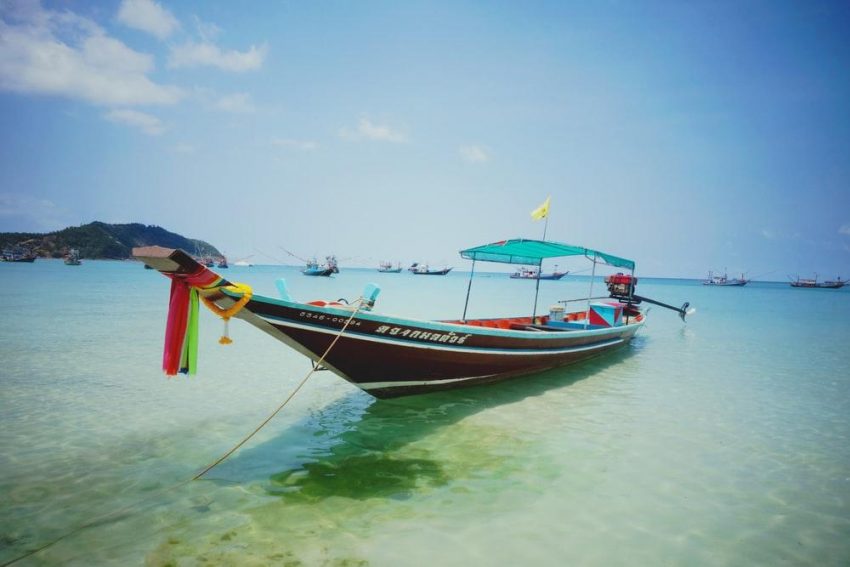 What is the Point of a Longtail Boat?

Tourists and other first-time visitors to Thailand seem to find the longtail boats of the country fascinating. They’re probably in the top ten favorite photography subjects of tourists.

But invariable people always ask, aren’t they inefficient to operate? They see the heavy motor on the front of a pole that extends out the back of the boat, and the first thing that comes to the mind of boat owners is why the long, extended propeller?

To answer that question, you have to have a little knowledge of the longtail’s history. The longtail is the traditional boat of Thailand. It’s been used for fishing, cargo deliveries, and as a passenger ferry over the years. The boats were designed with a flat bottom to enable them to make beach landings easily. And it’s this quality that led to the design of the motors

When outdoor motors began to replace the oar-powered longtails, the early boat captains found that outboards weren’t suitable for the many beach landings they made in a day. The motor had to be continually tilted out of the water when the boat reached the shore.

The other reason why outboards lost favor was because of their cost. A reliable outboard was simply too expensive for many of the longtail operators. But longtail operators were also boat-builders and tinkerers. The tradition was handed down from father to son. Being handy with tools, some of the operators began experimenting with a cheaper way to power their boats.

They discovered that a fulcrum and the extended propeller served two purposes and solved both of the issues with outboards. The fulcrum balanced a diesel motor that could be cheaply taken out of an old truck, and the long shaft could be turned almost completely around to serve as a way to reverse the boat.

As the system caught on with the longtail operators of Thailand, it became a defining sight along Thailand’s canals and beaches.